Tandem Skydiving in Sydney is the fastest and easiest way to experience the excitement of freefalling – life's ultimate thrill! The feeling of skydiving is indescribable, and the buzz lasts for weeks. If you want a taste of the most electrifying experience life has to offer, a tandem skydive is the way to go! Book Now & You Save!
Customers rate Adrenaline 94% Based on 22352 reviews.  Powered by
Customers rate Adrenaline 94% Based on 22352 reviews.  Powered by
FILTER BY:
best seller
Wollongong
Skydiving Over The Beach Wollongong - Weekday Tandem Skydive Up To 15,000ft - Free Sydney Transfer
best seller 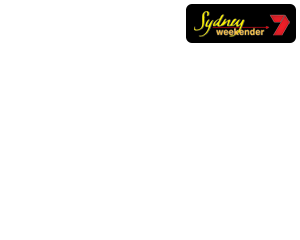 You will be attached to the front of an experienced Tandem Jump Master and get all the thrills without the intensive training or responsibility of opening your own parachute.

Your Sydney skydiving adventure begins at your drop zone of choice, where you’ll get kitted out in a jump suit. After a simple ground briefing and overview of canopy control and landing procedures, you’ll climb aboard the plane, ready for takeoff.

During the twenty-minute climb to altitude, you’ll get a great view – sometimes stretching beyond Sydney metro, the Blue Mountains and across to Wollongong beach.

Depending on the conditions on the day, the plane will climb to an altitude of between 9,000 and 14,000 feet. After a final systems check, the doors are opened and your tandem master will take you to the edge. You have now reached the point of no return – it’s time for your first skydive. It's time to jump!

Head back, arms crossed, look up, go! This is sky diving. As the adrenaline rush kicks in, you'll feel like you're floating on a cushion of air as you travel at over 200 kph. The air rushes into your face and your heart is racing.

If you choose to have your jump videoed, a cameraman will appear as if from nowhere to capture your excitement. At about 4,500 ft the parachute is deployed. The silence is amazing, the view is sensational and during the 5-minute descent you will be shown how a parachute flies.

You'll glide down to a smooth, gentle landing and walk away from the drop zone with memories to last a lifetime.